You are here: Home / Featured posts / The Culture of North Dakota. Family First. 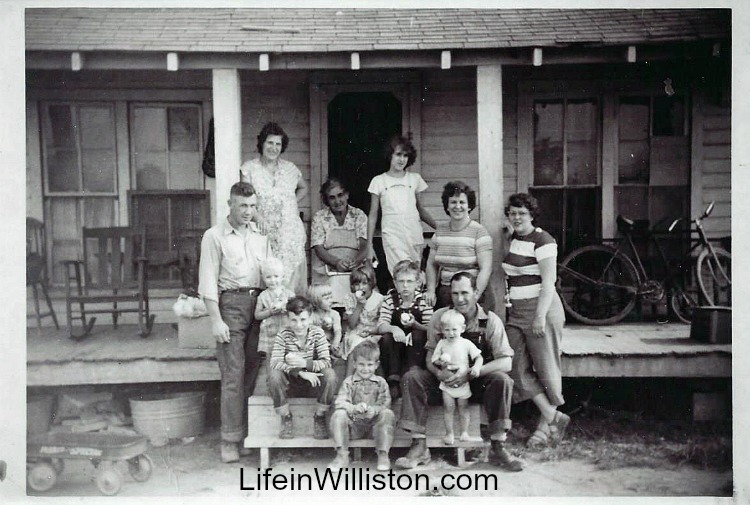 I think we all need to be humbled in life.

I’m spoiled, I know it. My parents are hard working. You never had to drag my father out of a bar and I don’t think I’ve heard him raise his voice once (I definitely didn’t inherit that trait) my whole life. He is the only man I know that can instill fear with a look. As for my mother, she has the most giving heart, even to her own detriment at times. She could make any occasion the event of a lifetime even if she only had $5.00 to her name. I suffered no horrors from my childhood. I didn’t have to struggle and I never went to bed hungry. I never had to work a field or go without. So on occasion being humbled is good for me. I think it helps me remember not only where I came from but where I’m going. It helps me to remember that no matter what my personal difficulties may be, the struggles that my ancestors had to get through is the reason I exist today. If we trace our roots back far enough, most of us will find a family member or two that immigrated to this country. It doesn’t even matter which country they came from, it only matters that they came, they struggled and they persevered.

I have said this before but it never hurts to say it again. I love North Dakota. I love it for  reasons other than I thought I would. When I first turned my mind to the idea of moving here, I’ll admit it was an overwhelming thought. At the time I knew it was what my husband needed and wanted and so it became something I embraced for him. I did not know what to expect (other than mostly negative media stories). As most of you know by now, I have chronicled my journey here through this blog. It has not always been easy and sometimes I wanted to give up but at the end of the day I like a challenge more than I ever want to give up.

So back to one of the reasons I love this state. To put it simply, family history. In many of the places I have been it is rare to find a local that can trace generations back to the same area. It is not impossible of course but it is not common either. Here, it is everywhere. So many families and so many stories. So many tales of homesteading and struggle. I too can trace my roots back to when parts of my family immigrated into this country but the personal stories are gone. The land no longer exists in our family and memories mostly faded. I can only imagine the details. How I wish I had just a few of those things. So when I hear stories about the families from here that decided to homestead it humbles me. I don’t take them for granted. They are gifts.

Our lives today are a blur of convenience, innovation and technology. I like all of these things but at the same time I know that it is important to remember and respect our history. My husband often talks about his grandmother, Nellie Belle.  She lived with him all through childhood and was a driving force in his life. She was a tough Southern woman who was the second oldest of thirteen children. She grew up on a farm in North Carolina. She helped take care of her siblings and later (still a child though) worked in a textile factory to help make extra money. When she was a little girl in the late 1800’s, Christmas meant 1/2 a peppermint stick that her father would bring home. Although it might be cliché to say it, she was happy to have it. Gold could not have been more precious to her than that peppermint stick. She was born in the time of the horse and buggy yet she sat next to a little boy (my future husband) and together they watched Neil Armstrong land on the moon.  As a 13 year old she was living in North Carolina when the Wright Brothers flew at Kitty Hawk. The sheer span of history and events that she was witness to is astounding. When I hear him tell a story about her and laugh at the sayings she would use I know he is not making fun of her. He is showing respect and he is choosing to share it with me. Respect for a woman that both ruled with an iron hand yet made the best apple dumplings of his life. I love him all the more for that respect. He knows where he comes from and the roots of his strength. That is what I see here, over and over again. That is part of what I love about this state. People talk about and pass down the stories of their families. They show respect through the sharing of those stories. It is who they are and it is part of the culture that is North Dakota.

My own father grew up on a farm as well. One of ten children in a little one room farmhouse. The picture included in this post is that very farmhouse and the little boy in the overalls eating an apple with the glasses on his face… that is my father. This picture might just be the most precious one I own. A few years back I found it in a box and had the negative restored. Had I not done that, it may very well have been lost to the crumbling of an unmarked and obscure cardboard box. Perhaps someone generations from now would have stumbled upon it only to wonder who these people were… but not now. At least this little piece of my family will survive. Whether you can trace your roots back to North Dakota, North Carolina or Tennessee, we all have roots. We all have humble beginnings like that little one room farmhouse. It is woven into the very fabric of who we are, no matter where we come from.