Feast or Famine. That’s the way I have seen our economy behave more or less since I’ve been a bill paying, responsible adult. Things have swung wildly for people and often through no fault of their own. So many people have come here to get out of that famine cycle and find a comfortable life again. When I say comfortable I mean financially. Not living paycheck to paycheck, always a little behind. I have heard rumblings around town are that things are going to collapse. Businesses are going to fold up and go home and all the prosperity that has been seen in the last few years will be gone in short order. Well, I’m not convinced. Things are different now than they were in the 1980’s. Technology is better, states and local governments have learned to diversify their economy and people seem to have learned from the lessons of the 1980’s. Or have they? You know, that infamous oil boom that suddenly dried up, literally overnight. Buildings sat abandoned. Locals felt they were left cleaning up the mess and dealing with the
aftermath.

Let’s say that this is just a temporary lull, something that will cause a slow down for 6 months to a year. From where I stand, just that short amount of time can cause a chain of events that may be difficult to fully recover from. Right now property owners are stubbornly holding out for high rents. Some are coming down a bit which always happens during the Winter because things tend to naturally slow down for the season. However, some people are locked into very high leases and the investors and “developers” that have put all this money into these properties and developments are refusing to lower prices. In some ways a slowing of activity may make this worse because it will harden their resolve to make as much as they can before it all goes away. A slow down would remind them that their money is at risk possibly and they are going to in turn take it out on the people trying to live and work. Get rich off the back of the working man. The only people who can afford those places are the ones working long hours and making a very large paycheck. If those hours slack off, if jobs are cut, what will happen? You are going to see people start making choices about whether or not it’s still worth it to stay here. This would not even be a question for most people if rent prices were fairly normal here. It’s not unreasonable for people to want to keep some of their paycheck but some in North Dakota seemed determined to suck every last dollar from the working (regardless of whether or not you are a “local”). It’s almost as if we are being punished for the sins of the past (boom?). 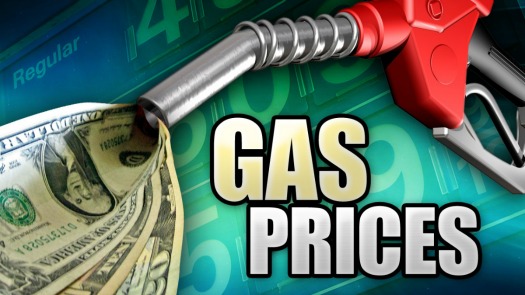 As a consumer, low oil prices are good. They make us start thinking about road trips again. We don’t hesitate to drive across town (or to another town) to do some shopping which translates into more money spent in our local economy. I stop thinking about the cost of fuel when we go out to eat and I’m not worried about how much less my paycheck will be after deducting my weekly gas bill. I’m taking home so much more and in turn I’m spending more on local things. Personally I think lower prices will help the economy much more in the long run. More money in the pocket of consumers is what will keep things going. Yes you will lose jobs in the short run but the oil companies are not in danger of going bankrupt. Their profits are at record levels. It’s not ok to make the entire nation suffer with $4.00/gal fuel just to save a handful of jobs.

I recall vividly in 2008 things sort of imploding. Widespread job loss on top of cripplingly high gas prices. I knew people that were having to choose between gas and food for the week. You have to eat but at the same time you have to get to your job so you can hopefully afford to feed your family. Choices that no family should have to make were being made as a direct result of how high gas had gone. Personally, It cost me 110.00 to fill up my car then and at the time my job was constant traveling in my own vehicle. I was paid a per mileage per diem on top of my pay but once gas hit a certain level. I was losing money. Ultimately I gave up that job because of the cost of fuel. This caused me to have less money in pocket and the disposable income vanished. This hurts the economy. I am but one person but this was happening wide scale. The country was hurting badly. Regardless of the reasons and who was at fault, normal people who were doing what they were supposed to be doing suffered. There are currently a great many people who havecome to North Dakota as a direct result of what they lost when 2008 fell apart.

Think about the professional drivers. The ones who have to eat the cost of gas into their budget yet transport things we use daily. There are very few things in this county that are not transported by truck. Think about that. From the food you eat to the clothes you wear. It’s all transported by truck. Now, will lower gas prices mean lower costs overall? I tend to be a pessimist regarding that but one can hope that it will trickle down.

It’s a very fine line you have to draw when weighing the economic heath for individuals and their family vs. the economic health of an entire community. I am not an expert by any means but I just don’t think we are going to see a complete crash like back in the 80’s but I definitely think people are starting to tighten their belts and prepare for some lean times.

If anything good were to come of this on a large scale, I would love to see housing prices normalize in this area. Helping families rent or buy a home at a fair and reasonable price is how you get people to ride out the slow times. If they are being fleeced, they you have built no loyalty, no incentive to stay. You have created your own self fulfilling prophecy that people only come here for the money. Well if you show them that’s all you want, then why be surprised at the outcome? I am a businesses owner. I believe in making profits. I also believe in doing it responsibly. If you take advantage of your customer they will find somewhere else to go. If you take care of them and treat them fairly, you have built loyalty that will last a lifetime.

“In North Dakota—the second-largest oil producing state, according to the EIA—they’re still hiring in the oil patch, where an energy boom has pushed the jobless rate down to just 2.7 percent, lowest in the country. Last month, half of the overall 2,200 gain in non-farm payrolls came from the mining and logging category. Trade transportation and utilities added 900 jobs and construction added another 800, with many of those serving oil production projects. But the rest of the North Dakota job market remained weak; information technology was flat, and government, finance, leisure and hospitality and professional and business services combined shed 1,400 jobs for the month. Which means that while Texas may lose more oil patch jobs overall to lower oil prices, North Dakota’s economy and job market are much more vulnerable to a protracted crude price slump. “