You are here: Home / Featured posts / Mom, does our home have wheels?

It took us five days on the road to get here. I have traveled across this country many times but this was a tough trip. Maybe it’s because I’m older and my ass hurts after 12 hours of sitting in a car, who can say. The last day I was supposed to stop for the night around Fargo and drive in the next morning but I had to make a run for it. That proved to be a mistake. The lack of lighting on the roads and the amount of construction cones was enough to make even a seasoned driver want to turn back. I am not sure the last time I experienced a night so dark. I have always been near a city or lights of some kind but here it was pitch black. No reflectors in the road, not even other cars in sight. It was brutal I tell you, brutal.

When we finally pulled up to our new home at 3 in the morning, my daughter started to cry. The house was not what she expected. Now I know that will offend some people but I make no apologies for it. They were her genuine feelings. I could have done the proverbial “kids starving in Africa” lecture but I said nothing except that we should just go in and get some sleep. We’ll figure things out in the morning. The truth is I wanted to cry too. Not because I was unhappy about where we would be calling home but just because I was exhausted. It had been a long five days on the road with one teenager, a cat who by this time had stopped eating and a dog that was too old to get in and out of the car on her own. All I wanted in the world was to hug my husband, have a hot shower and sleep like the dead.

Waking up the next day, I was greeted with a quick cup of coffee and the moving van was pulling up. We actually passed our actual moving truck back in Minnesota, the driver was determined to get there without delay. I don’t blame him. He arrived and somehow we got everything in the house. Even though the house was now FULL of boxes and stuff, my husband was giddy. He had been getting by on an air mattress, camping chairs, his laptop and just the basics for kitchen and bathroom stuff. He made it work though and rarely complained except to say he missed me and to get there quick. God I love that man. 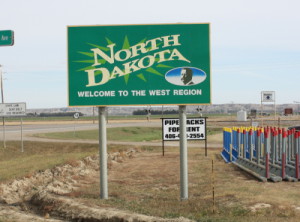 I finally had time to sit and look around. To see for the first time my new home. This was definitely a first but I knew what I was getting into. Our home is not a trailer but it definitely was not built here and I think it originally came in pieces. A manufactured home? Probably. I have, in my life, been spoiled. I had parents that provided a wonderful home, I wanted for nothing and as an adult I had also lived in some lovely homes. This would not be one of them.  I can tell you this however, I was and still remain very grateful that my husband found this home when he did. It was the right time, the right place and accommodates everything we need. Do I care that it was assembled in pieces? Not one bit. Do I care that it has no actual foundation? Not at all. There are just too many positives to worry about such trivial things and I’m with my family which is all I really cared about anyway.

Turns out, my daughter loves where we are. She loves the tiny school with less than 100 kids (talk about a family atmosphere), she loves the small town, she loves the snow (remember, she’s still a kid really) and she has a lot of reason for hope. She is 18 and already sad that this is her only year of high school here. After that first moment of tears, she realized that we had to work together or this just wouldn’t work. She has a great attitude about life and what is really important. When you have to make a choice between what you think you want (big house) and what you really need (family) the choice is obvious. I’m a proud mom.

Want to see what others have to say about this? Join us on facebook, and while you’re there, give us a like!