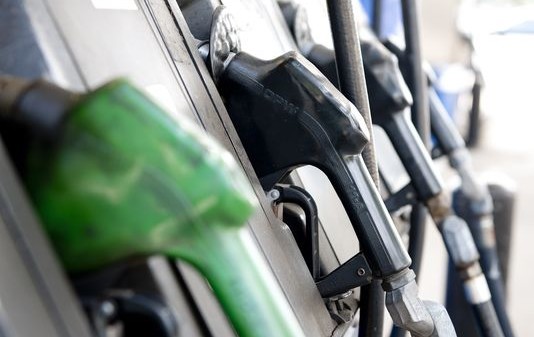 As I type this, the price of oil is right at the $40 mark. In November of 2014 I recall being told by people who have lived through more than one boom that it will be back over $80.00 by Summer. Well, the Summer is quickly coming to an end and it’s sinking lower. What does this mean for Western North Dakota? This year saw quite a few job losses in the oil sector, that’s true. In fact according to state employment data released by the Labor Department in June, North Dakota saw the worst monthly percentage drop in employment in May, 1.1%, of any state. With that being said, don’t forget that North Dakota’s unemployment rate continues to hover right around 3.1%. That’s beyond excellent. One area that has helped some stay employed is construction. Thankfully there were many projects already approved. Over and over we have been told that this slow down in oil is a good thing for Williston and surrounding areas because it will allow the area to “breathe” and catch up on much needed infrastructure. How you view that probably depends on your personal situation.

As of today there are 76 active North Dakota drilling rigs. Compared to the same time last year when there was 193.

For the area, this slowdown has had at least one positive effect. That is the lowering of rent prices. At the end of last year, Hillview Estates in Alexander was renting out a 3 bedroom “home” for $3500 (they started at $4500 when the development first started). Now they are trying to fill those same homes for $2100. Apartments in Williston are starting as low as $990 (Century). The sad reality is that not only are these still overpriced for what you are getting (the people who put these “housing” units together certainly didn’t care about bringing quality to the people of North Dakota) and the decrease in rent probably is not enough to keep many people from leaving the area. The irony about this is that there are still PLENTY of jobs. Jobs that in comparison to much of the country still pay very well. It’s still not enough to afford the cost of living for many.

At the end of last year, the prevailing thought seemed to be that by the Spring, everything would rebound back to where it was. People would once again stream in and fill those vacant apartments that are being thrown together with spit and glue at a ridiculous rate. Unlike previous years where there was not any open inventory and rent spiraled out of control, we have finally reached a point where there is standing inventory. The problem is that investors don’t want to make less than they project so they hold onto those empty units because they know, once they begin to lower them the rent it’s downhill from there. If things did not pick back up in the Spring (which they didn’t) then they had to decide which was better. Keep prices high and units empty or lower prices and hopefully fill more units. I don’t think we have seen the last of the rental drop either. With this also brings a drop in housing prices across the board, not just rentals. It’s a constant balancing act but for too long things have been out of balance in North Dakota. Great jobs but they come at a very high cost. Maybe in a year from now things will shift to be more in favor of the consumer. A reasonable cost of living paired with good paying jobs will bring families which in turn will push the economy and help support all the new businesses springing up. If you keep the families in a constant state of economic struggle one of two things will happen. They will move themselves or their families out of the state. They may come back to work here but they have lost all incentive to invest in the community. Those who decide to stay may struggle making ends meet even though they have a job that pays two or three times minimum wage. Ultimately that means they have less discretionary income and will spend less in their local communities.

I think for me, the craziest part about the drop in oil prices and the loss of jobs is that gas is still high at the pump. For Western North Dakota 2.79 a gallon is common. When oil is down to $40.00 a barrel and likely to fall even more and with people losing jobs, you’re still having to pay high prices to fill up. Something is wrong. Something is very very wrong.